Like many women, I began my relationship with birth control in my late teens. My PMS was hard core, doubled over with pain type cramps. I went to the doctor and was put on Ortho Tricyclin. Side note: unlike many of my friends, my boobs did not grow an ounce after getting on birth control. Sadz. What did happen was my PMS symptoms nearly went away and my period become nice and regular. High fives all around.

Fast forward several years and slowly the PMS starts up again. Just some minor cramps at first. Then some back pain. Headaches. No longer predictable start date.  The doc changes my birth control to Yazmin. I can’t say the Yazmin was all that much better. I change birth control again after a while…this one I can’t remember the name of.  I am having a lot of random bleeding, cramping, soreness, PMS symptoms like whoa. Super emotional, dead inside, feeling lots of feelings and feeling none. At some point I even have an ultrasound done. The doc tells me my uterine lining is post menopausal. ???? This didn’t answer any questions and she sucked. Then we moved. 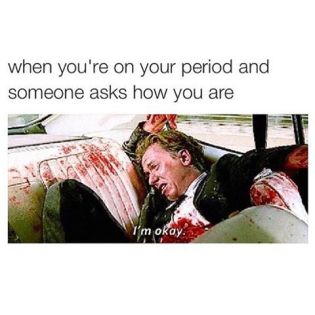 Then one day I decide birth control is making me miserable. I am going off of it. Completely.  Mike and I had been married for a few years and if I got pregnant then it wouldn’t be a bad thing even though we weren’t actually trying for a baby. So for 2.5ish years I was off birth control. It was really nice. I felt like myself again. The cramps, back pain, completely irregular periods were back, but I could handle it.

Then we actually try to get pregnant and have Sloan and all is well. My 6 week post-partum appointment has arrived and I discuss my rocky history with birth control with my doctor. She suggests the IUD. The only hormones it had were progesterone so I should have less issues. I get the Mirena IUD and look forward to little to no period.

I gave it time. Plenty of time for everything to regulate. The Mirena was the worst of any birth controls I had ever been on. Two periods a month. Heavy bleeding. Extreme mood swings. Like none I had ever experienced before, which is saying something considering I had been through pregnancy/birth/a newborn/breast feeding, etc. I felt so depressed and detached and sometimes so angry. I thought I was going crazy. Then I start reading about the Mirena and side effects and I’m like ‘get this thing out of me’. NOW. So in January I had it removed. Through tears, I discussed how I had been feeling with yet another new doctor. She said side effects were less common with the IUD, but that didn’t mean it wasn’t happening to me.  I knew 100% I didn’t want it any more so out it came. 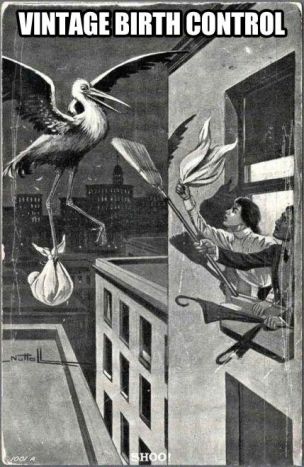 Within a couple weeks it was like my ship had been righted. I felt normal. My only post-Mirena side effect was a few days of the heaviest bleeding. But after what seemed like two months of non-stop bleeding, it finally went away. A few weeks later I had a normal-for me-period.

One caveat is that this was my first time being on any birth control and thyroid medicine. I was diagnosed with hypothyroidism during pregnancy. My doctor said the thyroid medication can screw with things too, but I can’t do much about that since I have to be on it.

So my point is if you don’t feel like yourself, don’t feel like you are a failure and needing a lobotomy, there could be a good reason. If I could start my adult life all over again, I would be an endocrinologist. Hormones rule the world! 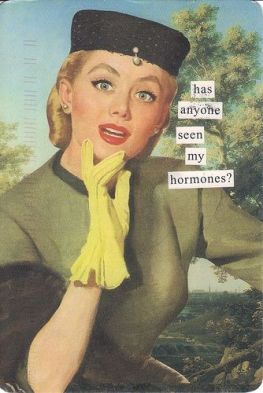